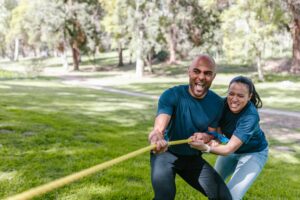 Strategic agility is the ability to improve performance — not just survive but thrive amid disruption.One of the key principles is side-stepping shocks. This is linked to sensing risks in the environment, being able to position yourself to avoid dangers, and moving quickly to dodge impacts.